Canvas on panel ridged after varnishing

Has anybody had this happen before? I varnished my painting “3 Trees” preparing it for posting on Etsy and it now has little ridges in the canvas that were not there before. 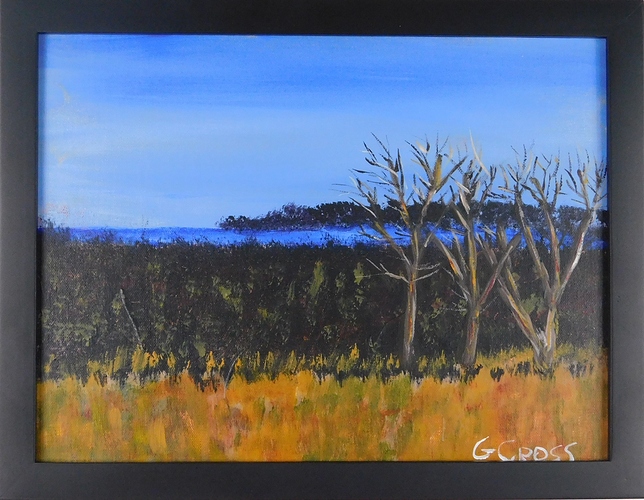 DSCN1589.JPG2200×1707 1.01 MB
As you can see, there is a line like a brush hair near the left side of the painting in the dark area of the trees where the canvas has lifted and created a ridge. This wasn’t there in my original photograph when I posted it on DPW! 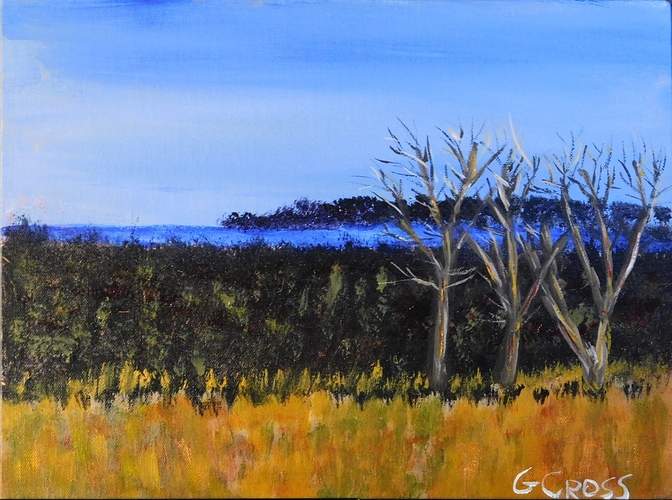 DSCN1088.jpg2200×1636 1.11 MB
Looking at the painting, I have found 4 such ridges and some are curved, almost circular. None of these were there the day after I varnished it and I did not notice them until after I activated the Etsy post. I have varnished many paintings and never seen this before. Any ideas? Its almost like there were worms in the wood that reacted once the varnish cut of the air.
Rosemary_Antel (Rosemary Antel) July 24, 2019, 4:04am #2

I once had something similar happen when varnishing. It turned out that I had used a new cheap brush for the varnish and it shed hairs which were invisible until when the varnish dried completely.Then I could see the hairs with a magnifying glass or when the light hit them just right.

Now I pull on the hairs of new brushes to see if they shed before using them (If I remember to).

If you look very closely to the bottom image you can see the ridges. It is hard to tell if these ridges were created by paint or lie below the surface of the canvas. Applying varnish seems to have enhanced the ridges either by light reflection or some sort of reaction.

Thank you both for your responses. I did not notice the ridge in the original picture. You could say I was a little upset when I saw it after posting to Etsy. I guess its a bit like a brush hair and doesn’t seem to detract from the painting all that much. Still, it was a bit of a shock.

This has happened to me a few times. I think it has something to do with varnish on a canvas texture (all those little ledges, formed from dips, that catch the light) and digital camera sensors. I try to remember to photograph my paintings before varnishing. A couple of times, I had to go back spray with a mat finish so that I could photograph my painting then refinish with the satin or gloss.

I varnish after photographing. If that ridge doesn’t show in real life, then you’re fine.